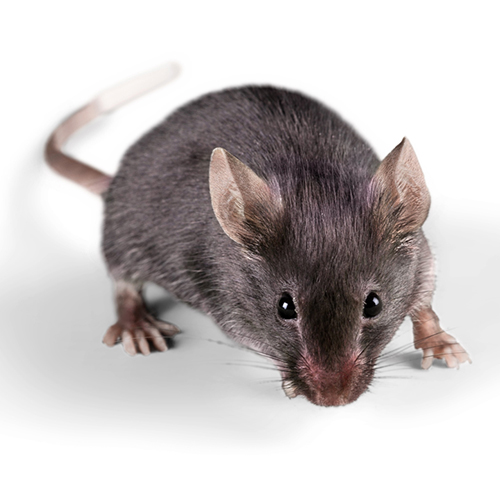 Treatment for this pest is available in our basic plan.

Keep tabs on these pests with remote monitors that alert us if they ever return.

What are Household Mice?

While there are a lot of varieties of mice, the general house mouse is the most common. Often dusty gray with a white or cream colored belly, these rodents have traditional pointed muzzles and large ears. House mice have the ability to get through almost any area in the house. For example: Mice typically have the ability to get through a hole the size of a dime. Unlike moles, mice are indeed rodents.

The truth is that mice will chew through just about anything. Their front teeth never stop growing which makes chewing through things much easier. However, the problem is that mice can chew through electrical wiring, which can cause house fires. Household mice are also known to carry a variety of harmful diseases.

Rodents invade an estimated 21 million homes in the U.S. every winter. And unfortunately, an infestation can be more than just a pain for homeowners. The accumulation of mice and rat feces can spread bacteria, contaminate food sources, and even trigger allergic reactions. Once their feces dries out it can be hazardous to breathe. Rodent droppings can also spread diseases and viruses, including the following:

How can you treat them?

Keep foundation vents in good repair. Check them often to see if screens become ripped or torn. Seal cracks and openings around foundation. Check openings for plumbing, AC, and gas lines to ensure they are sealed.

If you notice signs of a mouse infestation, it is important to call us at 757-349-8818 or fill out a service form right here on our site!

Ready to Get Started?

We are offering new customers up to $100 off maintenance plans.
Get $100 Off!Learn More

Proudly serving Virginia's pest control needs for over 10 years. We eliminate bugs and pests from your home with environmentally friendly products.